Basra University organizes a lecture on Al-Isra and Al-Miraj

The lecture aims to shed light on this important historical and legislative incident in the history of Islam and the biography of the Noble Prophet Muhammad (PBUH).

The lecture presented by the visiting professor, Dr. Abdul-Fattah Qassem from the Republic of Yemen, dealt with the trip of Isra and Mi’raj for many reasons;  It was alleviating the pain and sorrows of the Prophet Muhammad (peace be upon him) because of the harm he received from his people, raising his status and honoring him, and introducing him to his status and esteem with God - the Almighty -

The lecture dealt with the fact that after the journey of the Isra and Miraj, the Prophet (PBUH) began a new stage of his da’wah because this blessed journey gave him the ability to face the difficulties of da’wah that were facing him, in addition to the rulings and laws that God imposed on His Prophet on this journey and to see the greatness of God’s creation. 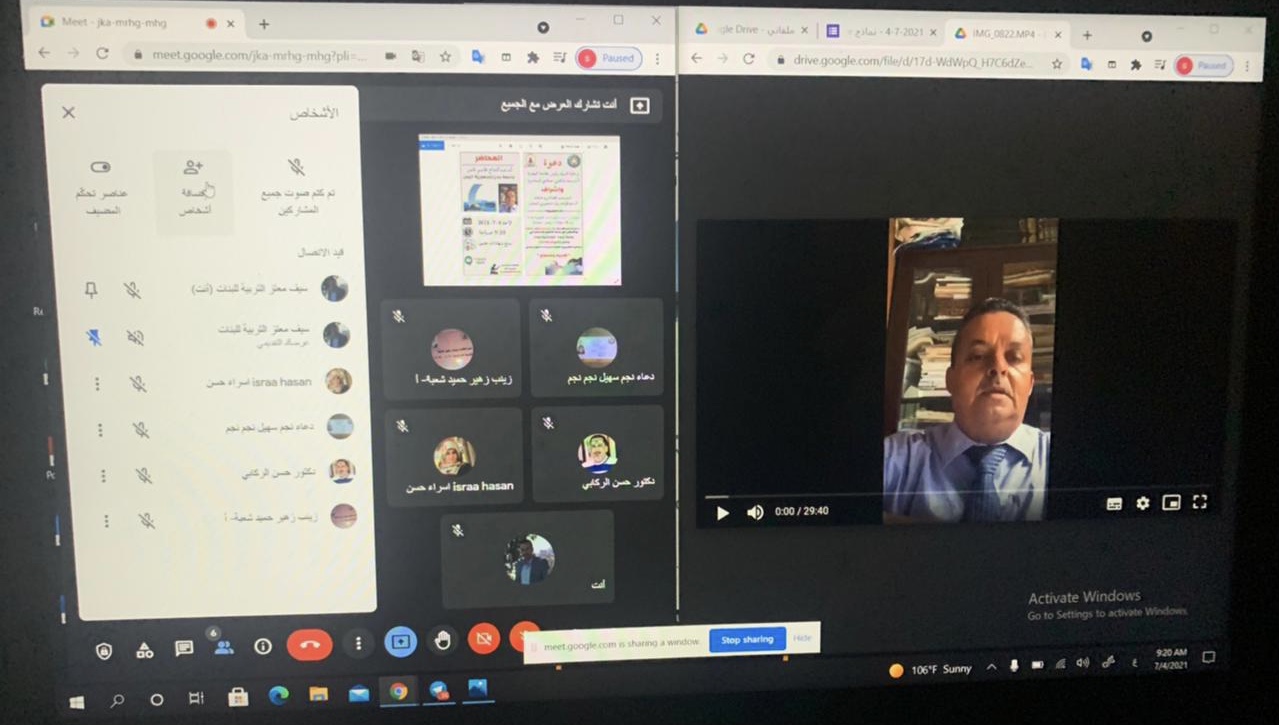 The lecture aims to introduce researchers to the importance of this topic, in addition to informing them about the characteristics and types of this approach

The lecture presented by Dr. Ruwaidah Zuhair Al-Abed from the University of Jordan in the Hashemite Kingdom of Jordan included a set of organized steps through which a specific topic is studied, and valuable results that contribute to solving the problem through a set of proposals and recommendations written by the researcher.

Al-Abed dealt with the most important steps to be followed before embarking on a scientific researcher; Including choosing the topic or problem correctly, and the problem identified by the researcher must be related to the field of specialization of the scientific researcher, and many other steps. 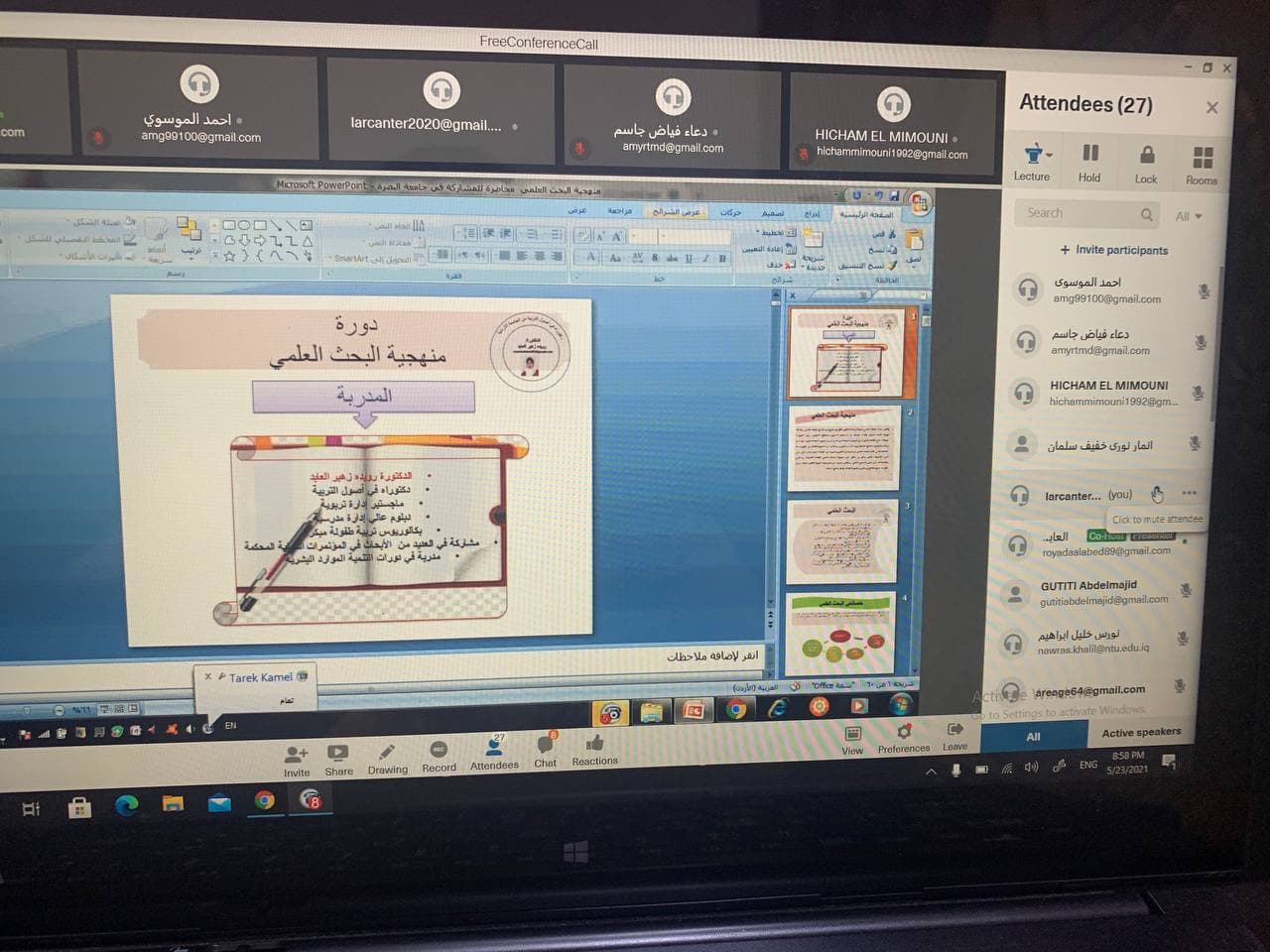 Basra University organizes an electronic seminar about the digital world,  it's advantages and disadvantages.

The Media of the College of Education  for Women.

The College of Education for Women organized an electronic seminar entitled "The Digital World, the Advantages and Disadvantages, and  Ways of Protection from it" The seminar was held by the Public Relations and Media Unit at the College of Education for Women and in cooperation with its Continuing Education Unit. The seminar was given by Dr. Muhammad Juma Al-Asadi from the United States of America, an expert in the field of the digital world  and a lecturer at Harvard University, where he discussed the content of the digital world, the most important benefits of this world, the stages of its development,  and how to use this field in a way that serve societies, as it is a broad field in which there are many benefits.

Al- Asadi turned to the disadvantages of the digital world because of the exploitation of some companies and people in this field in order to harm people and society through hacking operations that happen to some sites and blackmailing individuals through them, referring to the most important ways in which an individual can protect himself from such situations. The seminar was attended by the Dean of the College , Dr. Abdul Wahid Zyarah Al-Mansouri, and Prof. Dr. Adel Jabbar Hussein, Director of the Department of Public Relations and Media at Basra University, where they thanked the lecturer from the United States of America and praised such lectures because they serve both the educational process and the community. 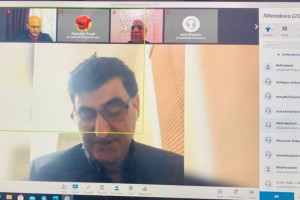